from the Lair of the Wild Man

When my eyes opened this morning, my head had been working for some time already. I woke with a late-night conversation poking at my sensibilities and weighing on my heart. A man I have known only briefly through social media has begun to interject divisive, strongly rhetorical conservative talking points to my posts. We disagree fiercely on core issues. When I sit with this kind of conflict, I see the same tension replaying inself in every arena of daily life. Is it any wonder then, even elevator conversations are either heated or paralyzed? Our debates happen to be political or reflections on ethics and society, and its heavy stuff. But it isn’t just those conversations. . .

I found myself on a page with a video highlighting the reintroduction of wolves to Yellowstone. The cinematography was brilliant, the voice over powerful and measured. The posts that followed were divisive, angry and polarized. Not only did participants display complete irreverence for the other side’s views, posts were nasty and filled with name calling and actual threats.

A similar feeling came to me last night while I was watching PBS and a special by the BBC on the work of a northern Minnesota man who has been collaring and tracking black bears, bringing their struggle into the light. The response? Supporters are simple-minded liberal tree-huggers and the detractors are actively hunting the projects collared Research bears. Seems we are a binary as computers.

With my Facebook friend, my ‘facts’ are no better, no more persuasive than his. Moreover, (as he quickly points out) it seems most of the ‘facts’ cited in social media these days have been designed to be used and shared and repeated in just this manner by a public beleaguered with sound bites, memes and hyperbole. I believe we are being ‘used’. There’s something happening to civil discourse. In fact, even the words seem obsolete.

I reached out to him privately recently and suggested, “You are the loudest voice I hear across this river that divides us. If I forego what I think I know and I lay this stone down at my feet in your direction, could it be the first stone of a bridge we build between us?”

What if I forego what I think I know and lay this stone down?

That, my friends, is the work of the Wild Man. And if you’d ask it of a friend, would you ask it of yourself? 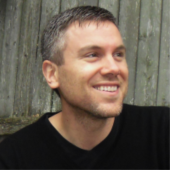